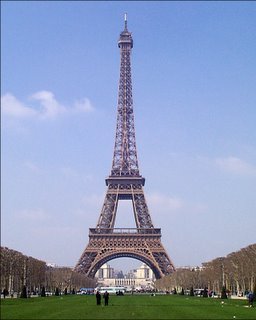 May this be your year of Joie De Vivre.
.
Well I’m back, I hope you all had a good end of year/new year vacation – with lots of good food, drink, sex and relaxation whether you were in summer or winter.
.
I learnt one thing over my break, and that is that the French have gone some things very right.
.
Food, drink and attitude to life is wonderful – there is little doubt that their passionate, romantic and sensual belief in living from day to day is light years ahead of the protestant masochism of so many in the English speaking world. The contrast in food between Britain and France is dramatic, even though the French love McDonalds - it is the most successful country for McDonalds in continental Europe and fastest growing.
.
Yes French public services are rather disastrous, with the exception of the Paris Metro and the TGV, most French railways are far from alluring. Charles de Gaulle Airport (the terminal for non French airlines) is the worst in western Europe.
.
Yes French politics are about left or lefter – and I have written before about the abominable agricultural policy that continues to be propagated by French governments.
.
Yes, outside central Paris, much of the city is dire, there is tagging everywhere, a loose attitude to respect for property. Indeed, the poor state of the French economy is very apparent, with closed department stores and shops in Paris - and Paris has its share of homeless people, despite the generous welfare state.
.
However, in France joie de vivre means something – life is to be savoured, food is to be enjoyed passionately. I have never been in a city with so many chocolatiers. I need say nothing about wine or art. The French language is more beautiful than English, so it is little surprising that they look down about it – and the arrogance? I saw little of this, and certainly no more than in the UK. France may be strangled by bureaucracy, the legacy of philosophers that were wrong (like Foucault, Rousseau and Sartre) and a suspicion of laissez faire “Anglo Saxon” economics and politics – but the French love life and beautiful things. They are also, usually, polite - if you are polite, you will get courtesy in return.
.
If New Zealand and the UK learnt to enjoy life, to enjoy good food, wine and beautiful art and music - and to love romance, passion and creativity, over banal mediocrity and vacuousness, they would be much better off. If the UK could round up its yobs and transport them to an island where nobody could find them and where they couldn't leave - it would be better to, but more on that another day!
Posted by Libertyscott at 11:46 am