50 years of US Interstate highways 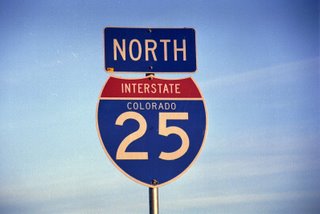 While New Zealand embarks on its biggest road building binge since the 1960s, it is worth noting that it is 50 years ago this month since President Eisenhower signed the Federal Aid Highway Act which committed the US Federal Government to embark on building a US wide network of interstate highways - and I mean REAL highways - at least 4-lanes, with no intersections (just on and off ramps) and bypassing towns and cities where possible. The Federal government committed to paying 90% of the cost, with states covering the rest.
.
Now the US has 75,440km of interstate highways (and many more thousands of kilometres of state highways and urban freeways).
.
This enormous state spending did several things. On the good side, it spurred an enormous amount of economic growth, allowed the development of logistics and linked the US together in ways the railroad network never did. No doubt the building of large 4-lane highways with median strips and no intersections has saved tens of thousands of lives from the prevention of accidents - although it also encouraged the growth in motoring on a wide scale as well.
.
However, and this should be of particular interest to environmentalists, it was also a subsidy for road transport - a subsidy that helped to precipitate the fast demise of profitable privately owned passenger rail systems (which the federal government bought out in the form of Amtrak in the 70s) and put freight railroads under enormous pressure.
.
Yes, there was a gas tax which was dedicated to the federal highways fund, a tax that from 1983 was increasingly siphoned off for public transport and general revenue, but that only pays 56% of the cost of maintaining and building the network - which is now around US$80 billion a year. Before 1956, toll roads were far more common - and federal funding of highways saw the growth of toll roads come to a grinding halt.
.
So, in essence, users weren't paying. Trucks especially weren't as the gas tax didn't come close to paying for the wear and tear big rigs would place on the system - those trucks competed with the privately owned railroads. The same private railroads that jumped when the federal government bought out their passenger services in 1974, and included a handful which were taken over by the federal government in 1978 with Conrail.
.
In addition, unlike the privately owned railroads, which were required by shareholders to make a profit and pay dividends - the interstate did not make a profit from users paying to use it. So investment in capital upgrades of railroads shrunk dramatically.
.
Now part of Eisenhower's reason for the interstates was defence - providing an easy means to move soldiers, equipment and arms in the event of war, and to evacuate major cities in the event of an attack. The Soviet Union treated its railway system in much the same way. Some highway overpasses were designed to be high enough for ballistic missiles to be transported beneath them.
.
However, it is clear that - for the usefulness and economic return the interstates have delivered, they also represented one of the biggest postwar planned interventions in the US economy.
.
Much of the network might also have been built by private enterprise, had it been allowed to toll, and it may have meant the federal government need not have intervened to save railroads being put of out business by trucking and bus companies paying half the cost of their networks. The Bush Administration's policy is to promote new highways as toll roads with private investment and encouraging the states to privatise sections of highway - which, in the form of long term leases, is now happened in Indiana and Chicago. May this trend spread!
Posted by Libertyscott at 9:48 am

While the US interstate system has undoubtably been of huge benefit to the USA, it is clearly a project of another age.

Today, the US can barely afford to maintain the infrastructure it has. American engineers have sounded an alarm over the crumbling state of their infrastructure, much of it now in the hands of the private sector.

They are not alone- all over the world, when infrastructure has been privatised, over and over the story is the private company increases fees, defers maintenance, makes vast profits then disappears as soon as the infrastructure collapses.

The SE UK 'drought' is a great example- 25% increase in water bills, a company that makes £300m profit with a CEO on £6m per annum, yet it has to impose a drought order due to sheer incompetence in planning and maintenance.

The private sector should not be allowed near any infrastructure, all the evidence shows they are useless (unless you are a shareholder).

What complete and utter rot - with two exceptions, the entire US highway system is publicly owned.

In the US, the highly politicised funding system means maintenance is a low priority (people get voted on building new roads, not maintaining current ones - it isn't sexy).

Please gives examples of "all over the world" this happens. The UK water example is exactly not what you mean. The profit is not excessive as a return on capital (it isn't allowed to be) and the drought order actually has something to do with lack of rain. The UK has had droughts before under public ownership - get your facts straight.

What is your evidence that the private sector is "useless" at infrastructure? I could equally claim the public sector is "useless" too, with plenty of examples. How did the publicly run Soviet nuclear power industry "work"? How did the publicly owned thrice bailed out of bankruptcy New Zealand railways "work"? Remember when the Post Office ran telecommunication in NZ and half the payphones never worked? How about the fact that US railroads - all private - still carry a significantly higher share of freight traffic, than publicly owned and subsidised railways do in Europe?

Since when has any of the infrastructure in the western world "collapsed", at worst it simply becomes obsolete and of poor quality.

The interstates could be maintained fine, they just need to be tolled and all the money funnelled back into running them at a profit. After all, there are competing routes (road, rail and air) and these assets represent billions of capital that are not generating a financial return.