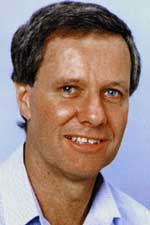 You wont see me say that often - but it is true. The man who was once a hardened communist, and still has a lot of Marxism in his veins, has put out a press release calling for review of the sedition laws. He believes more in freedom of speech than Don Brash, Helen Clark, Peter Dunne or Rodney Hide, or indeed Marian Hobbs, Tim Barnett, Phil Goff, Pita Sharples or around another 115 or so MPs.
.
I condemn it when it is far from intellectually robust on economics, or indeed science - but the Green Party is still the party in Parliament that most consistently defends fundamental civil liberties. The Keith Locke press release makes the point clear – as I have mentioned in my earlier post, now updated. The law not only needs review, it needs to be scrapped.
.
Keith said (as mentioned below) "New Zealand has an honourable tradition of civil disobedience against injustice, most notably during the Springbok tour of 1981. Thankfully the sedition laws weren’t used at that time, but the police now seemed prepared to prosecute anyone advocating such resistance. Next thing we might see farmers facing charges for encouraging others not to get their dogs micro-chipped. There is a big difference between inciting the immediate commission a specific criminal act, already covered by Sections 66 and 311 of the Crimes Act, and generalized calls for civil disobedience, which the sedition laws target."
.
Now I wouldn't have agreed with the Springbok tour protestors, though I was young when it was happening, but it is not the point. None of it is - whether you are left, right, libertarian, Christian fundamentalist, ecologist, economic liberal - this matters.
.
National and ACT supporters, particularly those who like to pour scorn all over the Libertarianz, may argue that this “isn’t important”, somehow that publishing a pamphlet calling for illegal action against government policies shouldn’t be allowed. Well then, should it have been a crime to encourage TV owners to evade or avoid paying the TV licence fee, to encourage people to not fill in a census form, to encourage people to walk across the Auckland Harbour Bridge illegally, to encourage a strike that isn’t legal, to call for the government to resign? If you are not going to condemn the law on sedition, then defend it. Don and Rodney, condemn or defend - don't sit on the fence!
As I have said before, David Farrar, as always, has the guts to put out his opinion on this, as a Nat.
.
There are a growing number of blog posts in reaction to this:
Libertarianz Deputy Leader Julian Pistorius
Gman the sort-of libertarian asks whether the charges were driven politically
Nat/ACT supporters:
Whaleoil
Sir Humphrey's and here again
Silent Running and here again
Posted by Libertyscott at 1:57 pm

Erm. It is illegal to encourage people not to fill out the census.

but it isn't a sedition charge

Totally agree. thewhig.typepad.com had a rather angry post about it that basically sums it up. And i am hardly on the right of the political spectrum either!