Metiria Turei - and a childlike view of water 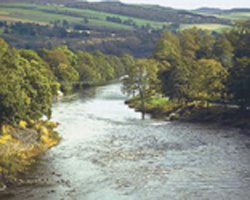 Metiria Turei is claiming that a study from DOC that indicates economic benefit of $136 million from water derived from its own land (Te Papanui Conservation Park estate) means that water should be free everywhere (opposing tradeable water rights). What delusional nonsense.
.
For starters, the study said this benefit was equivalent to the actual cost of getting the water from another source. If the water isn’t there, then someone has to pay for it. Secondly, the park costs money to maintain and ensure that the water supply from the catchment area remains clean. That isn’t free – it gets paid for by taxpayers. Far wiser, and a far better use of water resources would come from charging for the use of water from the conservation park. At somewhat less than $11 million p.a. (the cost of alternative supplies to those benefiting from the water), this could ensure the Conservation Park is maintained and makes a healthy profit. A profit from selling water!
.
On top of that, pricing water means users value it more. It is less likely to be wasted, and more likely to be conserved, which I thought the Greens would be thoroughly in favour of.
.
Metiria lacks much understanding of what is going on. Of course there is economic benefit in clean drinking water, people demand it and are willing to pay for it. To claim “commoditisation” of water is a dirty word, is sheer nonsense – otherwise people would take what they could, without any concern about where it came from or how much they used, and then wonder why not much is left.
.
Take this statement of economic vapidity of the likes a 12 year old would be able to see through:
.
“There are those who think the economic value of water overwhelmingly rests on its potential for exploitation for hydro or irrigation purposes. This evidence suggests otherwise. The study estimates that the park's contribution to Dunedin's water supply is about $93 million, which dwarfs the $31 million supplied from this same source for hydro-electricity purposes, as well as the $12 million that the park provides for irrigation of Taieri farmland.”
.
Well that does, it everywhere there is water it is best used for a city water supply, even if there is no city, even if there are torrents of water going down a river beside arid farmland. How bloody stupid can she be? In THIS case, the conservation estate is convenient to Dunedin city, there is only one hydro dam and little prospect for another (have a guess who would oppose it), and there is little farmland that needs irrigation. Elsewhere water may be better used to produce clean renewable hydro electricity for the electric trains and trolley buses the Greens love (funny how hydro power is good if it exists but bad if you want more of it unless it is for electric trains, then you should conserve, but the price should be cheap!!). In other cases, it has enormous value for irrigation.
.
The solution is simple. Water has value for all the purposes listed above, and others, for fisheries, for recreation and for industrial purposes. Its value in particular cases can only be determined by a market, and who is willing to buy or sell it. The greatest move to improve water conservation would be to require councils to operate water as commercial concerns then privatise them - but you wont hear the Greens agreeing to that. It means that the government couldn't control it, and they are, after all, statists through and through.
.
(and I haven't even raised whether or not a study commissioned by DOC that would suit its interests has been independently peer reviewed. Imagine the Greens accepting a report commissioned by Telecom on New Zealand's broadband environment, or DPF for that matter!)
Posted by Libertyscott at 12:15 pm

I was told it was hardly worth it unless you use very little water, because you have to pay a large rental fee for the meter.

So instead of an accountable user-pays system we get billed based on the value of our house and there's absolutely no incentive to save water.

For example, why would you bother investing in rainwater harvesting if the town water doesn't cost you anything?

Rainwater harvesting is a fantastic green idea that is very practical, both for the environment and for individuals. After your capital investment it's free, there's less reqirement for stormwater & fresh water infrastructure and you are FAR more self-reliant in case of a big disaster.

There are ways to be green without being red... Economic benefits are present in a lot of green technology, just need to get the government out of the way.

Absolutely right CD, and if water was charged by usage it would be the perfect incentive to do this. People could choose rainwater harvesting for the simplest uses like garden sprinkler, car cleaning and others that don't need to be drinkable, or if really keen could use it to supplement or replace reticulated supply (if in a high rain area).