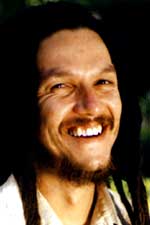 Nandor Tanczos has been, from time to time, one of the more thoughtful Green MPs. I was at the Health Select Committee presenting a submission on the inquiry into the legal status on cannabis, and he was the most polite member of the committee. David Benson-Pope was an absolute prick, questioning why people who are libertarians would organise into a political party, instead of addressing the issues. Dr Paul Hutchinson also took the piss and questioned why we bothered.... and National wonders why it gets hated. No, Nandor listened to our presentation, asked questions and was genuinely interested in arguments in favour of legalising drugs. One libertarian once claimed Nandor said if Libertarianz were elected to Parliament he would consider joining, but he'd have to start warming to capitalism.
.
Anyway, it is refreshing that the NZ Herald reports that Nandor, a candidate for Greens co-leader, says he believes that the party should take a more independent position, and that means considering supporting the National Party in government. Now he is not friendly towards Brash's agenda, but it shows that Nandor has a more open mind, rather than being a patsy to Labour. After all, the Greens have supported Labour since their inception, by and large, and Labour has twice snubbed them for a coalition agreement.
.
Frankly, unlike Kedgley the food fascist, Nandor is warmer towards individual freedom, in a party of statist control freaks, he is one of the more liberal ones.
Posted by Libertyscott at 9:05 pm