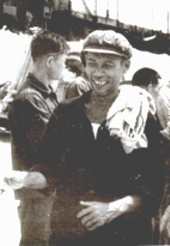 Another one, one of the worst, of the murderous butchers of Cambodia is dead.
.
Ta Mok, believed to have directed the most deadly of the purges of the Khmer Rouge regime, died on 20 July after falling into a coma.
.
Words cannot describe the brutality and cruelty this man was a part of - the movie the Killing Fields showed, believe it or not, a sanitised version, the book Survival in the Killing Fields by Dr Haing S Ngor (who played Dith Pran in the Killing Fields) tells it all.
.
Dr Haing S Ngor survived the brutality that Ta Mok inflicted with his comrades, supported by Maoist China, while leftist pinup boy Noam Chomsky claimed stories about the Khmer Rouge horrors were "concocted by the CIA".
.
In order to survive Dr Ngor had to pretend to be an illiterate taxi driver, when he was in fact, an obstetrician. His wife died in childbirth as he watched and could do nothing, because had he revealed his medical skills, he would have been murdered for being "too clever". The Khmer Rouge only valued uneducated labourers, everyone else was a capitalist exploiter or had "foreign allegiances". Dr Ngor, escaped, told his story, the book and movie were made, and then was murdered by a streetgang who demanded the locket around his neck (which contained a picture of his late wife). He refused - the thugs who killed him are in jail.
.
Unfortunately, Ta Mok never saw justice. 2 million Cambodians died due to the Khmer Rouge, Ta Mok is responsible for plenty of them.
.
Nobody should forget what happened in Cambodia from 1975 to 1979 - it was the logical end point of radical collectivism and anti-capitalism. The individual was explicitly nothing, money was abolished, any form of foreign education or intellectualising (besides Maoism) was reason to kill. People who used their hands not their heads were worshipped and lauded, everyone who used their minds was put into slavery or killed. Individual homes and all private property was abolished - you lived together, worked together, slept together (not that way), ate together and then had to criticise each other and yourself. Who else thinks money is the root of all evil?
.
Shame Chomsky didn't visit Cambodia like Scottish Khmer Rouge apologist Malcolm Caldwell did mid revolution. Caldwell was killed by members of the Khmer Rouge keen to "embarrass" the regime - justice indeed.
Posted by Libertyscott at 11:53 am