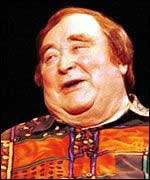 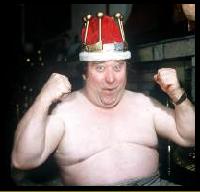 Bloody 'ell!
.
George Michael (scheduled to be hooked up with his man in a civil ceremony shortly) has been caught at Hampstead Heath (about 20 minutes walk from where I live) messing around with another man.
.
So, first you have to wonder about George Michael - presumably he's into anonymous sex with men, well fine - assuming his man doesn't mind (he alleges this). George admits that he regularly cruises Hampstead Heath for this purpose - which no doubt will increase its popularity no end. Now I'm no gay man, but I'm guessing he would be reasonably popular given his fame and the legions of girls who thought he was beautiful. So more gay men will be up the Heath looking up George (one way or another) (maybe some ex. groupies spotting him as well, the 30 something former teens who loved him!).
.
However, the description of the man he was caught with makes you wonder if either he's exceedingly desperate for sex, has low standards or unusual kinks. The man was an unemployed van driver (class). Better yet, George Michael is reported to have compared the man to a Bernard Manning lookalike.
.
"Michael said: 'As much as I don't want to be ageist or fattist, it's dark out there but it's not that dark. 'I've no idea who that guy was, but thank you very much."
.
By now, those of you who don't know who Bernard Manning is will have figured out that the pictures are of him - now if this is what George Michael looks for to have a quick bit of rumpy pumpy with, then old obese gay men of London, start heading up the Heath at night. The rest of us, can go in the other direction.
Posted by Libertyscott at 5:00 pm