Kiwi FM - you didn't listen to it, so now you pay for it 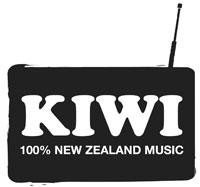 Not long ago, Canwest decided to try a new radio station format - with 100% New Zealand music and called the network Kiwi FM (unrelated to the former Waikato contemporary hit radio station of around a decade ago). It broadcast in the three largest centres and was a commercial flop.
.
You see, most people don't want to listen to a radio station playing just NZ music - in fact, given that commercially viable radio stations in our highly competitive market need only about 5% of listenership to start being worthwhile, Kiwi FM couldn't even manage that.
.
So, in short, despite the pleadings of the taxpayer subsidised NZ music industry (they are in it for the culture - except they want to be paid for it) and the Labour government - virtually all of the public does not WANT to listen to NZ music because it is NZ music.
.
What a surprise - you choose music you like because of the melody, beat, lyrics, talent of the performer etc -not because it is from New Zealand. If being local mattered, you'd like nothing more than to listen to your next door neighbour on the guitar -or the band at the local pub. Nationalism over music is either marketing bullshit generated by the local music industry or some mind-numbingly stupid xenophobia in reverse, that makes something "special" because it is homegrown.
.
Steve Maharey appears to be both - he supports the local music industry, because somehow people who can't generate public support for their music are deserving of money taken from those who don't support them, through taxes. He also thinks there is some sort of nationalistic zeitgeist in local art and culture that needs supporting. It is important you pay for a radio station you don't listen to, because it help binds you to the rest of the New Zealand public - in only the way a politician and university academic knows how - inexplicably!
.
So, you see, Canwest - the latest state moocher - was going to close down Kiwi FM and replace it with The Breeze (yawn) in Auckland and no doubt other formats in Wellington and Christchurch. The frequencies that Canwest own can be put to better use broadcasting radio stations that people want to hear, not Kiwi FM. This upset Maharey and the noisy local music lobby, firmly with their snouts in the taxpayers' trough since Labour was elected - so three FM radio frequencies are being made available to Canwest to continue broadcasting Kiwi FM, for free.
.
The government has basically announced a package of pork to keep this unsuccessful station on air. Not only is it getting frequencies that should be sold off to the highest bidder, but it is getting taxpayer money for particular radio programmes - which, of course, wouldn't be needed if enough people wanted to listen. The intention is that the station should become "not for profit".
.
So you're going to be subsidising a privately owned commercial station to become a non-commercial station - with an audience share of not 5%, not 1%, but 0.5% of all radio listeners 10+ nationwide (0.9% in Wellington and 0.7% in Auckland). Less than most Maori stations, less than Concert FM.
.
Tune into it sometime to decide if you're happy about it, and then write to Maharey and complain, and think about whether getting government help to prop up your uneconomic radio stations is a good thing for Canwest to do. New Zealand music isn't special - some of it is good, some of it is awful - none of it has to do about what country it comes from.
.
UPDATE: I hate socialism blogs about why Kiwi FM isn't a success and shouldn't be propped up.
Lindsay Mitchell rightfully points out that what is worse is using Kiwi FM's high NZ airplay to bully other stations into playing more- although there is NO legal instrument to enforce a quota - it is all voluntary and as I pointed out here, the CER Agreement and WTO commitments of the government mean it MUST remain voluntary.
Posted by Libertyscott at 3:15 pm

I disagree with your sentiment that radio frequencies "should be sold off to the highest bidder". Preferably, radio frequencies should be private property - the owner (e.g., CanWest) could sell to whoever he wanted - but if the government is going to monopolise them, I'd rather they give them away: less money for them to spend wrecking the lives of the rest of us.

Problem is, who do you decide to give them away to? It is a scarce resource and people want it. You can use the proceeds of sale to distribute as a tax rebate.