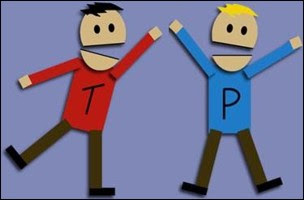 Sue Kedgley is at it again, hysterically trying to ban something. This time the sale of private shares in Auckland airport to a (wait for it, it is horrifying and disgusting) FOREIGN company. Those wogs (well they are Canadian, but they are foreign, so they must be inferior) can't be allowed to have "our" airport (well actually it is owned by the shareholders, but Sue doesn't understand property rights), I mean after all, think what they could do. They might want it to run efficiently, at a profit, encouraging people to use it and that would NEVER do.

Well I see no reason why it shouldn't? Why is a Canadian pension fund less of a good owner than a New Zealand pension fund, or local government, or central government (remember Wellington airport when it was majority government owned?)? Sue doesn't say, just apparently as long as the Green Party doesn't see a reason to allow something, it should be banned.

Then she goes on a little to suggest that "New Zealand cannot afford the economic, environmental, biosecurity and security risks of letting control of our main aviation gateway pass into foreign hands"

What are these Sue? Economic risks. Hmmm that it will be efficiently run, will seek to encourage passengers and airlines to operate there. Are you concerned about monopoly pricing? Well apparently not since the Green Party opposes outright Whenuapai being developed as a second airport.

Environmental risks? What are the Canadians going to do Sue? Use the airport as a toxic waste dump? Encourage less fuel efficient planes to fly in? I mean those Canadians are such environmental vandals.

Biosecurity risks? Oh yes, apparently they will take over the MAF role too will they Sue? Or the Canadians will just let it rip on foreign plagues of insects and plants to ravish our countryside.

Not a single rational reason to stop the sale, other than xenophobic hysteria.

Blame Canada, with their evil little eyes and their heads that flap with lies.
Bloody hell Sue, take some pills and get some therapy, it's not nice to discriminate against those from other countries.
Posted by Libertyscott at 3:40 pm

"but her bill had been blocked from being debated in Parliament by the National Party. "

It always makes me laugh when people talk about "our" NZX listed companies not being for sale - do they not realise the nature of a stock exchange?