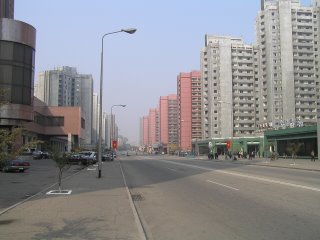 So Russel (he had to have one “l” makes him a bit more alternative) Norman is the Green’s new co-leader. Shame. His speech says a lot about what he thinks about individual freedom and the world around it, and it doesn’t say a lot about his ability to go beyond Green rhetoric and actually think.
.
His speech is full of the childlike analysis that so permeates much of the ecological left thinking. The notion that growth in GDP is necessarily at the cost of the environment. Statements like “Every year we must consume more of resources available from the planet in order to expand our material consumption” are not only untrue, but go completely contrary to the spin that renewable and sustainable development is possible. Consuming paper and wood from renewable pinus radiate forests is hardly a non-renewable resource. Water, which is constantly recycled through the atmosphere, is hardly non-renewable either. Capitalism means a constant striving for more efficient production and consumption as people maximise their own welfare – and that efficiency is only enhanced if people pay the market price for resources, which, by the way, “we” do not own. They are owned by those who discover or create them.
.
“And our society is building its great memorials to the folly of short-sighted resource use and these memorials have four lanes and are made of tarmac and the great priests of the cult of GDP growth will cover the land with their roads as a memorial to their folly.” This brings up the complete utter banality of the Green argument on oil and transport. Besides the nonsense about oil running out “Our geologists tell us that the oil is close to half used up already, and yet still we are consuming it as if it were infinite”. Actually no “we’re” not, commercial vehicle owners and operators, airlines, shipping companies are all investing in more fuel efficient vehicles, all the time. The Boeing 747 of today consumes 40% less fuel than the first one, and that isn’t because of any government decree, or even environmental concern, it is because airlines don’t want to waste fuel. People ARE driving less with high petrol prices, government petrol tax revenue is tracking downwards as a result. At such high prices, oil companies are scrambling to find more oilfields to exploit, so it wont run out, and alternatives are thriving – it’s called the market, don’t worry your empty little head Russel, it will be ok. The same thing happened once before with firewood and coal.
.
So once you get over oil running out, the notion that roads wont be needed anymore is truly antediluvian. The land is hardly getting “covered with roads”, and roads will always be needed for buses, trucks and cars!! Yes cars!! Personal transport is NOT going anywhere. Cars started becoming seriously popular in the 1930s, when the cost of owning and running a car was many times higher as a proportion of one’s income than it is today. Traffic is not going to subside to pre 1930s levels – ever!! The Greens wont admit it, but most of the lower income people they claim to care about LOVE cars, they own them and use them. Maybe in the longer term, they will be hybrids, or powered by other fuels if oil does become too expensive to use (it wont "run out"), but there will always be private transport because it is the most convenient, most comfortable and most flexible, as well as ensuring you travel with who you want - not the random roulette wheel of whether you sit next to someone nose picking, with BO or who takes up two seats.
.
Every country in the world has cities with plenty of traffic, except North Korea – I suspect Russel and many of the Greens envy that aspect of North Korea at least. They are crazy if they think roads are going to empty in the next decade or so, I suspect it is more wishful thinking that alarmist warning of what they truly believe.
.
On top of that, the Green’s preference for interfering with market signals is shown with this little statement:
.
“I don't think that a government that just announced a massive increase in road spending while projecting a long term decline in public transport funding really understands the everyday experience of people caught between rising fuel prices and an inadequate under funded public transport system. So I'm going to write a letter to Michael Cullen to invite him over for dinner one night but there is one condition.
He has to join me on the bus home first - the number two at around 5pm on a weeknight. He can see how overcrowded the buses are.
"
.
Well for starters Russel, you live in Mt. Cook, which means it is easily walking distance from Parliament (around 2km), even if you only want to walk part of the way there are countless near empty buses running between Parliament and Courtenay Place. Clearly the fare is too low, because it isn’t incentivising you to be as Green as you should be or raising enough money to fund replacement trolley buses. Russel should save money, walk or bike, and leave room for others on the bus. Public transport isn’t sacred, it uses fuel too, and car users have been subsidising it for years. Public transport subsidies have increased 250% under Labour, but patronage has increased by about 20% - how efficient or environmentally friendly is that? Have a look at Hamilton, where subsidies have more than doubled, patronage hasn’t even increased by 50%.
.
Oh dear… (more on Russell’s simple simon approach to the world later)
.
(Besides, Michael Cullen uses public transport twice a week - it's just a lot faster and generally more comfortable on an Air New Zealand ATR72 than on a bus).
Posted by Libertyscott at 9:04 am