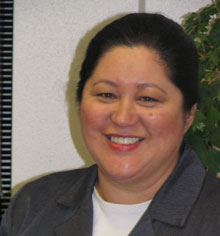 There is another world that some people inhabit – a world where the state can solve everything, and everything bad is nobody’s fault, just the system doesn’t ensure that things “fall through the cracks”. It is the world of Childrens’ Commissioner Cindy Kiro, and if ever there was an argument for abolishing this role and keeping Dr Kiro far from any public policy role, this is it.
.
She is rightly concerned about child abuse, but what stands out a mile is her solution and her view of the perpetrators in her official press release.
.
For the solution, she has said:
.
“I am calling for the creation of a plan for every child so that no one falls through the gaps. These plans would mean that educational, health and safety information would be shared and assessed in a consistent way.”
.
Yes, rub your eyes. A plan for every child. The state will now truly be a parent, not only for those on welfare, but for every child. How do you plan a child’s education? How about health? Does this include diet? Safety? Do your kids ride bikes without helmets, climb trees, use electrical devices? Do you have smart kids who are highly responsible, or really stupid ones? Imagine that – a plan. You need a lot of bureaucrats to set up plans and monitor them, though who knows if there will be enforcement? It does mean that all sorts of aspects of parenting could be questioned – do you allow your children to watch adult rated TV? Do you discriminate under the Human Rights Act in front of your children? Do you smoke near them? Do you allow them to taste wine? Chilling isn’t it – a politically correct Cindy Kiro vision of the state planning a child’s life – all for the child’s good you understand. Not quite Brave New World – but do you want a bureaucrat establishing a plan for your child?
.
Then she says: “A key benefit of the integrated framework is that all professionals will be required in their assessments to take account of the child’s life in the context of the families and communities in which they live.”
.
So teachers marking kids’ school work will have to “take account of the child’s life”? “It’s ok, little Johnny comes from a poor semi-literate family, so we will scale up his English marks to a B even though he performed at a D”. What the hell does this really mean Dr Kiro?
.
Finally- you know how violent abusive parents kick and beat their children up, and are cruel and deliberately malicious? Well ACTUALLY how stupid could you be. It isn’t THEIR fault they torture and kill their kids. See Dr Kiro says:
.
“It’s time to stop the blaming and ask ourselves how these children escaped the safety net that was available to their parents.”

So not only DON’T blame the perpetrators – not THEIR fault they are evil, but how did the children escape the safety net AVAILABLE TO THEIR PARENTS? What the hell is that? “Hey kids how did you escape this safety net we abusive violent thoughtless parents have to rescue you”? Imagine if this was describing a man who abducts and rapes a child, and you said “don’t blame him – find out how the child escaped the safety net available to the rapist”. This is fundamentally corrupt of reason and morality.

Dr Kiro – the abusers are to blame, fully and completely. Most New Zealand parents are not like that, they are not to blame. The safety net is not available to perpertrators – these parents are vile, disgusting, lowlife and your failure to acknowledge this minimises this crime, and minimises the responsibility they have for what they do.
.
She concludes “In future we need to put in place a plan for each child from the day that they are born so that children don’t fall through the gaps again.”
.
No we don’t Dr Kiro – leave good parents alone, put abusive parents in prison and prevent them from ever having custody again - stop subsidising bad parents with money taken from good ones – and while you're at it, buy a ticket to Pyongyang – you’ll find your ideas of planning children’s lives working a treat. Please also state how many children you have saved from abuse as Commissioner for Children - I doubt if it is as high as 1.
Posted by Libertyscott at 2:23 am