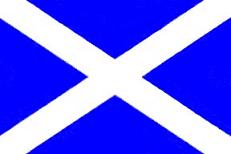 Of course there is an English dimension here. It may be the English don't want the Union to continue either. Right now I'd say that isn't the case - but given another 10 years of this mess I wouldn't be so sure.

But, as you say, the most damage may well be to Scotland which will never grow up if the English keep bailing her out. That aspect of devolution must be put right within the UK or outwith the UK. Socialsim is a symptom of a deeper disease, and Scotland has it bad.

"It believes Scotland subsidises England. I look forward to the truth hitting Scots with the sort of sense one famous Scot once imparted – Adam Smith"

I look forward, myself to the body politic and England itself waves bye-bye to North Sea Revenues and hello to the storage and funding of Nuclear Weaponry that you'll currently find in Scotland. I mean given that is costs just £25bn to upgrade Trident, could you imagine the bankruptingly high cost that it would take to replicate all these facilities in England? Of course not doing so would result in the scrapping of the Nuclear project and and independent EnglandWales and Northern Ireland being kicked off the security council, and other wieldy international organisations. And we haven't even started with the division of assets from the dissolution of the British State, yet - which sadly for England are mainly based there - everything from military assets to government investments and real estate. Mounts up to quite a lot, and quite a hole for the rest of the UK.

Certainly the route Scotland chooses after independence is up to itself. However I will watch with relish, the ignorance (quite nicely illustrated in your essay) backfire in directions you never even thought possible.

North Sea revenues? Yeah that's all because of Scottish investment and ingenuity - NOT. Besides the North Sea oil and gas are in decline. If Scotland wants to kick out the military bases, then fine - lose all that employment too. Scotland is seriously dire socially and economically, and it shows. I have extensive Scottish heritage and frankly it kills me to think the place continues to live in the delusion that it is being ripped off - it's own parlous state is self inflicted.

"I would be better off with Scotland being independent, and the United Kingdom comprising England, Wales and Northern Ireland (and for reasons I am about to explain, the latter two need to be on watch as well). "

What on earth do you mean? "the latter two need to be on the watch as well". You give the impression that membership of the U.K. is some sort of reward given out by Westminister for good economic behaviour but in reality none of these nations asked or invited the English to conquer them.

As for the economic situation in Scotland, the British government has controlled the Scottish economy for the last 300 years.
Don't you think that they deserve some of the blame too?

The economic problems in Wales and the North of England have largely been created by the destruction of British industry by Thatcher's policies in the 1980's during her obsessive destruction of the trade union movement. Not by the inhabitants of those regions or their politicians. Remember that devolution became a feature of politics in the 90's, before Welsh and Scottish MPs had at best only limited control of the economic levers in their own nations.

The last time that occured was in the middle ages and was characterised by a state of constant armed rebellion in Wales, which ultimately only ended when the country was placed under the quasi-military rule of the "Marcher Lords".

I'll freely grant to you that the Welsh are unlikely to indulge in the sort of violent armed rebellions seen in Ireland but they would nonetheless find a union with England ideologically repulsive and would undoubtedly seek their own independence.

I would expect a Union without Scotland to last a decade at most without splitting completely.

"...In Finland we have independent parliament long time now and make happy country, good standards of living. I think Scotland has same population as Finland, maybe five millions of peoples, yes? And Scotland have good resources and clever citizens so where is problem to seperate from England, which is a different kind of country?"

Extract from "Now You Must Dance" by Bruce Leeming.

You actually mean setting the British public free from being forced to pay for uncompetitives industries or being restricted to buy these uncompetitive products. The trade unions killed these industries off by seeking ever improved conditions, doing nothing about product quality or productivity, and stifling entrepreneurship. Far too many in the north expect "guvmint" to help them out, suckling off of the state directly and indirectly.

The truth is much of the UK economy is propped up from revenues of the City of London - without it, the UK would largely be an economy based on tourism and the industries of supplying its own population - if it weren't for Thatcher, Britain's economy would be in the same state as Italy's.