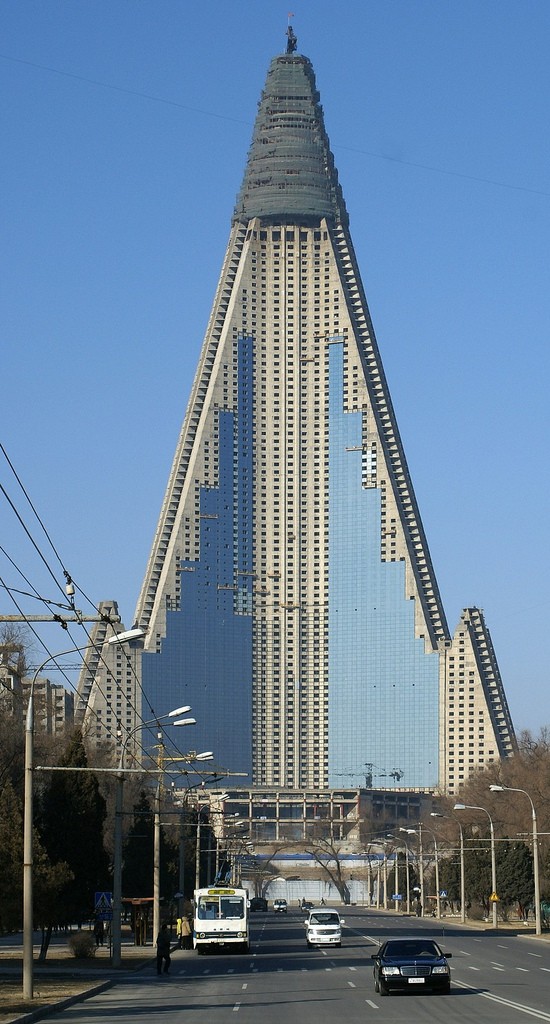 Not PC describes it as the worst building in the world. Wikipedia tells about its abortive history. The building that looks like a shard of glass has fallen from the sky or shot itself out of the ground.

However, someone has decided to upgrade it. Egyptian company Orascom is refurbishing it to make it a tower for cellular phone service. Quite how many customers it expects for the phones or the hotels is a mystery especially since most citizens are not permitted a private phone (for obvious reasons), and tourism is rather low. So now we have pictures of it being clad in glass (right).

Scaffolding at the top presumably to allow telecommunications equipment to be installed. Although the rusty crane that has been at the top for around 20 years appears to be there (imagine the worker who was in there - and had to get down).

It has been described as the worst property investment ever by the Times. It apparently will be finished by 2012, which tells me either Orascom knows something nobody else does, or it has far too much money.

Posted by Libertyscott at 2:59 pm

Email ThisBlogThis!Share to TwitterShare to FacebookShare to Pinterest
Labels: Architecture

Yup, they were doing work on it when I was there last May.