Cheering the death of a dictator 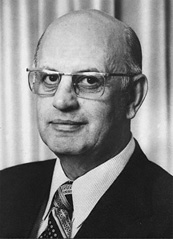 PW Botha was elected, by 52% of 15% of the population of South Africa - so was he a dictator? Well by that measure yes and by the measures he took whilst Prime Minister and later President, most certainly.
*
The death of Botha, one of South Africa’s more ardent defenders of apartheid and authoritarian rule should be a cause for celebration. Whilst he claimed to be fighting against communism (which, to be fair was real but only strong in South Africa in opposition to apartheid in its later years), he himself solidified fascism in South Africa. Not only was South Africa undemocratic in that 85% of the population was governed by 15%, but it was a fascist state with limited freedom of speech while bullying those who opposed it, and those who had no civil rights in respect of the government..
*
Botha promoted the artificial ghettoisation of Black South Africans through the “homelands” concept, whereby less desirable parts of the country would be granted “independence” whilst black cronies would have powers of governance. The idea being to move apartheid from separate development within South Africa to effectively balkanising the population. Black South Africans would be encouraged to move to the “Bantustans”, by a combination of incentives and disincentives (not being a citizen in the rest of South Africa being one). A policy that would not have been out of place in Nazi Germany or the USSR (with Stalin’s Jewish autonomous oblasts in Siberia where Jews were “encouraged” to move to). People shifting to the “Bantustans” would lose their South African citizenship and passports.
*
Botha was responsible for starting South Africa’s nuclear weapon’s programme, its trump card in response to calls from Western governments (US and UK) to abolish apartheid and reform the government. Botha wanted the security protection of NATO powers against Soviet backed Angola, Mozambique, Zambia and Zimbabwe – but developed nuclear weapons to encourage the West not to fully isolate the regime and to ultimately deter any Soviet backed invasion from its northern neighbours in the event of a world war. South Africa’s nuclear arsenal has since been abolished.
*
Botha increased the power of executive government, whereby there was little parliamentary scrutiny of foreign affairs and race relations. Laws suppressing criticism of government policies were perhaps the most insidious, whereby arrest and detention could be applied to anyone, of any race, for criticising the government. He used “states of emergency” to suppress dissent and the media was banned from reporting on any aspects of that “state of emergency” while state media was a mouthpiece for the regime.
*
On the other side, his blundering attempts to introduce parliaments for “coloured” and “Indian” South Africans (which would pass laws applying to their communities only) did little to integrate communities under one law, and inflamed black majority anger that they were, still, effectively under authoritarian rule that they could not challenge or hold accountable. His continued endorsement of the idea that citizens had different rights according to race, and that somehow people could co-exist with different laws applying to them was a revolting destructive influence on the spirit of South Africans. His support for removing a handful of laws (such as those prohibiting racial intermarriage) was a tiny step in the right direction, whilst he used the security forces to suppress dissent. He denied the use of torture, although there is plenty of evidence that the security forces used violence with impunity in putting down protests and arresting those it saw as a threat.
*
He was succeeded by FW De Klerk, who dismantled apartheid, lifted free speech restrictions and made enormous strides towards freeing South Africa. As such, Botha will be remembered as the last dinosaur, the last South African President to still believe that the black African majority deserved little more than to be relocated and told to shut up.
*
and you wonder why I cheer the death of anyone? People died because of Botha, in their thousands. He ruined the lives of thousands of people, and did nothing to bridge the divide across South Africa. He could have taken steps to abolish apartheid, instead of separate racial parliaments, he could have integrated "coloured" and "indian" citizens with the white minority politically as a first step - he didn't - he was racist, irrational and a fascist bully. There is no reason to give his memory any respect.
Posted by Libertyscott at 12:43 am

I, and no doubt countless other Southern Africans punch our fists in the air and shake the memories of the that horrendous era which scarred so many of our lives. Divide and rule was never so effective and we did not know who we were fighting or what for.Communists, Gulf Oil Owners Cuban Officers, North Korean Commanders ,ANC were all in the mix and that evil bastard used everyone for his own end. He ranks with Amin,Pinochet,Hitlerand Mugabe.
May he NEVER rest in peace.

I never thought I'd ever agree with a Randian, but I have to admit that your summary of PW Botha's political legacy is spot on.

Thank you Steve, having just looked at your blog it is interesting to read, and I always welcome a fresh perspective from someone who thinks.

i hate this motha f8cka with all of my heart, and i hope that his children and their children have the worst lives ever. and be tormented and raped by the black man they tried to suppress