It's not clear, after all Russel Norman could just have been too quick to use the wrong language here but look at this: 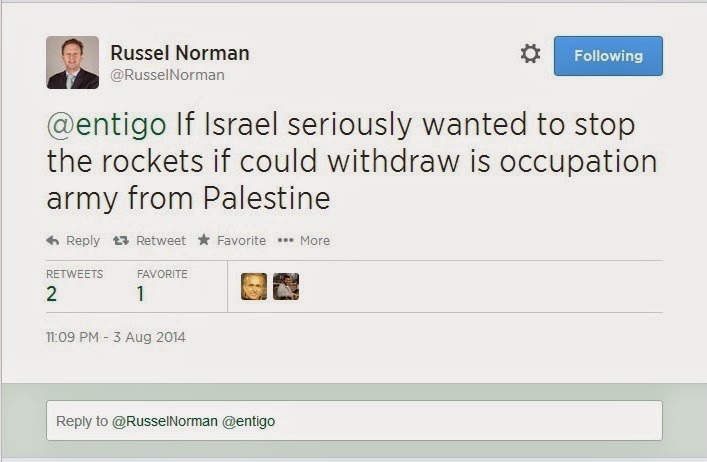 ...not Gaza (which Israel did withdraw from and Hamas subsequently used as a base to attack Israel - i.e. not occupied territories - the internationally recognised land of the state of Israel).

.. not "the occupied territories" (which still respects a two state solution)...

but "Palestine", which implies the end of the state of Israel completely.  It is the Hamas solution.   Russel is wanting Israel to withdraw and disband according to that tweet.

but then this is contradictory: 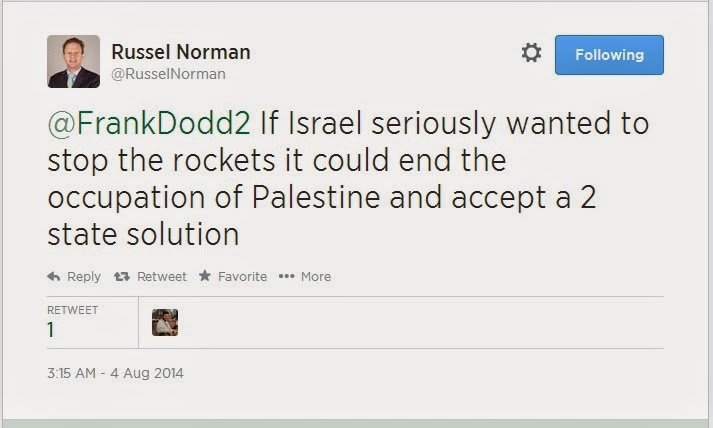 So it looks like he accepts a state of Israel here, but how can we be sure?  His tone is so one-sided as to be virulently anti-Israel.  It's so evasive of the facts.

It dismantled Jewish settlements in their entirety, it told the Palestinians they could govern their own affairs. So they elected Hamas, which vowed to destroy Israel and institute an Islamist theocracy (and has not held an election since).  Hamas started shooting rockets into Israel, supplied by Iran (completely ignored in all of the "America arms Israel" rhetoric).  Israel imposed a blockade to stop the rockets getting into Gaza.

Russel of course doesn't care about Iran arming Hamas, but rather he's decided Israel is criminal (not Hamas), and it is "proud" of shelling UN schools: 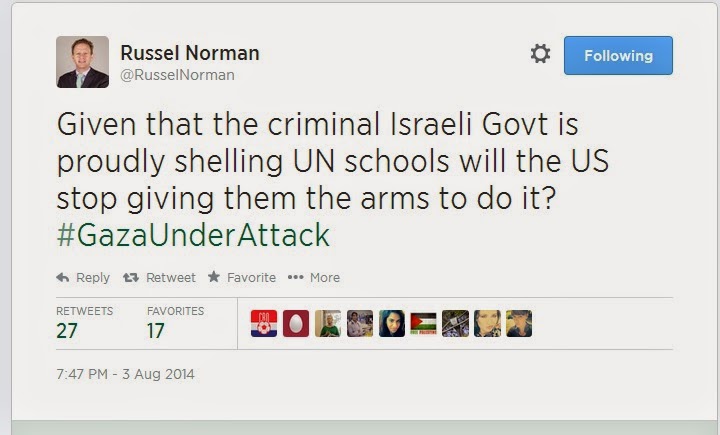 Hamas demands an end to the blockade and then rocket attacks will end, in other words "let us have free access to our arms supplier then we wont use them".  Given Hamas still wants to wipe Israel off the map, you'd have to agree with that goal, or believe Hamas will be peaceful (despite the evidence) to do that. 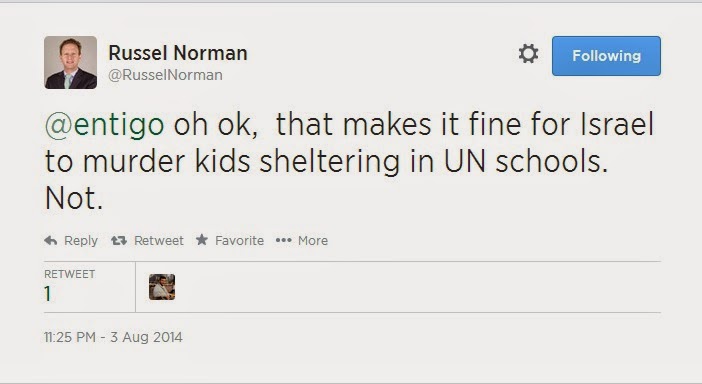 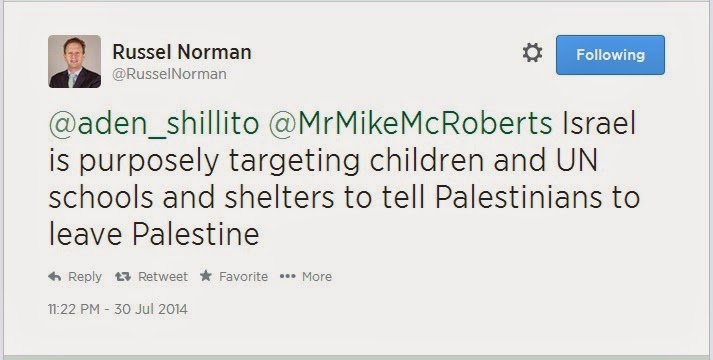 That's Hamas rhetoric, that Israel is engaging in genocide.  The country that abandoned occupying Gaza would rather eradicate them.  Seriously, this man who seeks to be a senior Cabinet Minister thinks one of New Zealand's long standing friends is an eliminationist genocidal state.

Israel "murders" - i.e. deliberately kills kids.   Not Hamas, no, not the organisation that encourages kids to be martyrs.  Russel ignores Hamas.


The organisation that says those who died are "privileged" to be martyred:

You see Russel retweeted this tweet, which lies about Israel, since Gaza has not been occupied for some years.  However, politicians never let facts get in the way of their rhetoric.

So does Russel believe in a two state solution or not?  It's not clear.

Does Russel actually know that Israel withdrew from Gaza?  Who knows? Maybe it's inconvenient.

Does Russel believe Israel is genocidal in its goals towards the Palestinians?  and if so, why would Israel withdraw from Gaza and hasn't been attacking the West Bank (which is run by Fatah and isn't lobbing rockets into Israel?)

Does Russel believe that Hamas is a legitimate government despite having won only one election (in 2006)?

Does Russel think elections can be infrequent as long as the "right" people get in?

Does Russel think Fatah should start attacking Israel to "end the occupation"?

Does Russel think Hamas believe in human rights, given that it believes women should be possessions of male relatives and summarily executes opponents in Gaza?

Does Russel think Iran should stop arming Hamas or are the only arms sales that are wrong the ones sold by Western countries?

Does Russel think teaching kids that being a martyr is glorious is morally justified?

Why are the Greens so willing to appease Islamist theocrats who make Colin Craig look like a teddy bear?

It seems the instinctual deep dark hatred of anything Western, outweighs any principled commitment to human rights.

There is a reasonable debate to be had about whether Israel's response was disproportionate, I suspect it was and it made some grievous errors, but fundamentally there is an enormous difference between Israel's position and attitude and that of Hamas.

and Russel Norman has made it pretty clear what side he supports.
Posted by Libertyscott at 7:00 am

Why have the historical enablers of Jews and Israel 70 years ago so fundamentally transformed into rabid Jew haters?

Certainly among the intellectual wing of the pre-1950's British Labour Party, they were active supporters of Zionism, the Balfour Declaration and the creation of a Jewish state. A similar alignment happened in the US as Democrats advanced the foundation of Israel.

What changed in the social democrats / socialists mind? From being advocates to vocal detractors. Or like our friend Russ-N, complete intolerance and hostility?

Was it creeping Soviet influence in the Labour movements of the West and the anti-Jewish attitudes they brought?