Italians bribe Taliban to not attack 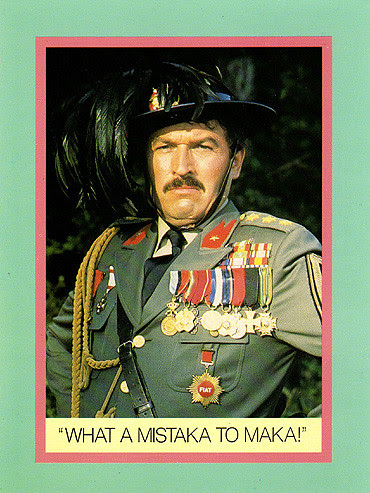 The Times is reporting:

After furious denials in Rome of a Times report that the Italian authorities had paid the bribes, the Afghans gave further details of the practice. Mohammed Ishmayel, a Taleban commander, said that a deal was struck last year so that Italian forces in the Sarobi area, east of Kabul, were not attacked by local insurgents.

The payment of protection money was revealed after the death of ten French soldiers in August 2008 at the hands of large Taleban force in Sarobi. French forces had taken over the district from Italian troops, but were unaware of secret Italian payments to local commanders to stop attacks on their forces and consequently misjudged local threat levels."

When the Italian government was asked, the Defence Minister explained "that a benevolent attitude toward the Italians who serve in Afghanistan had nothing to do with alleged bribes, but was due, instead, to “the behaviour of our military, which is very different compared to that of other contingents”. "

Not attacking the Taliban and giving them money is "very different".

So we will see what comes of this report. It paints a picture of the Italian forces which is far from flattering, rather like the image above from 'Allo 'Allo.

UPDATE: You can't make this up "Meanwhile, a Taliban group also sent two letters to the Lahore Press Club – one on October 12 and the other on October 14 – warning that if the media “does not stop portraying us as terrorists ... we will blow up offices of journalists and media organisations”. from the Daily Times in Pakistan.
Posted by Libertyscott at 1:30 am

Email ThisBlogThis!Share to TwitterShare to FacebookShare to Pinterest
Labels: Afghanistan

Bribes to Afghan tribes are nothing new. The British occupied large chunks of Afghanistan in the 19th century (the Russian threat and all that stuff)and only managed to keep the peace by paying key locals bribes. It all came apart when the mandarins in London stopped payments with the Afghan revolt of the late 40's being the result.