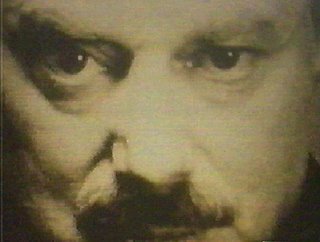 The Independent (UK) reports on plans to use automatic number plate recognition cameras for crime prevention across Britain’s roads. Big Brother is associated more and more with a TV reality show - when it needs to be associated with George Orwell's 1984. This is very much the road to hell being paved with good intentions. The Independent reports..
“Using a network of cameras that can automatically read every passing number plate, the plan is to build a huge database of vehicle movements so that the police and security services can analyse any journey a driver has made over several years.”
The Police have clearly seen that with the war on terror, they can increase their surveillance of citizens many times over- the UK already has the greatest numbers of CCTV cameras in public in the world. It is one thing to use cameras on roads to catch traffic offences, such as running red lights or avoiding road tolls, quite another to use it for state surveillance across the board.
.
“What the data centre should be able to tell you is where a vehicle was in the past and where it is now, whether it was or wasn't at a particular location, and the routes taken to and from those crime scenes.”
.
This will be sold on the basis that if you have nothing to hide you have nothing to fear – which is how all totalitarian regimes operate too. In short, Britons have everything to fear. It is one thing to have a search warrant to get details from a suspect on their property, or in their car or from a place where you know they have been frequenting – if the roads were privately owned, and there were cameras identifying vehicles, you may even justify a warrant to get individual details about whether the vehicle of a murder suspect went past a particular point – especially if someone has gone missing under suspicious circumstances.
.
However, this goes far further. This is a database of where everyone has gone, being held for years – it can be abused by the Police, it can be used to snoop on where people are doing business, where they might be socializing, who they might be seeing and where they go on holidays. The state has no business knowing where anyone is, until that person is a suspect – this reverses that principle. Now the state will know where you are, but wont use it unless it suspects you.
.
The real test will be whether new Tory Leader David Cameron comes out against this proposal. I expect the Liberal Democrats to do so, but they have little influence alone. The Conservatives unfortunately have always wanted to be seen as tough on crime, but this is not about that – it is about the privacy of peaceful citizens. New Labour has never understood individual personal liberty – that is one of its biggest let downs – is this the state Britons want defended from Islamic fundamentalists? A police state as invasive as any of our enemies would want?
(Update - No Right Turn has also blogged on this, why don't the so called right wing bloggers post on this much? Is it the libertarians and the left?)
Posted by Libertyscott at 12:05 am