The Year in Retrospect- Part 2 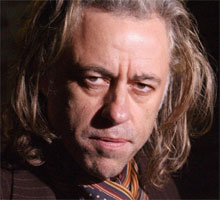 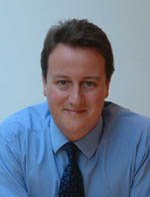 .
Passing the Banner Award – David Cameron
.
The political landscape in the UK changed in 2005, and it had nothing to do with the election. The election was a yawn, Labour lost some seats, the Tories gained a handful – but it was a foregone conclusion. Blair celebrated a third consecutive Labour win, and he earnt it by being resolute and leading the only party in the House of Commons that looked like it could govern. Now, several months later – the Conservative Party, which had been written off, was in the resurgence and it is due to one man – David Cameron.
.
Besides his youthful charisma, he started to show a new more liberal Conservative Party – that wasn’t afraid of women, people with non-white skin and gay people, and he was not afraid of questions about him taking drugs while at university. Like water off a duck’s back he didn’t let it distract him from his key message, which was – in effect – to take over where New Labour left off and what it couldn’t do. Much as Ruth Richardson took over where Roger Douglas left off, David Cameron will take over as Tony Blair bows out for Gordon Brown.
.
The British electorate are sick of the Labour government, sick of its spin and now that Blair is under attack from a host of rebel leftist MPs, they see old Labour rearing its ugly head again – Britain defeated old Labour in 1979 and had not wanted it back. Gordon Brown is New Labour, but one that looks back – and Blair recent capitulation of part of Britain’s EU rebate is just another nail in the coffin. On top of that Cameron promising to back Blair's excellent education reforms shows he is above some of the petty politicking that is often rife among Opposition parties.
.
So here is to David Cameron, a promising start, the polls have the Tories effectively neck and neck with Labour now – maybe there is hope for Britain yet. The banner of reforming Britain has moved from Blair to Cameron, now we just have to wait.
.

Misdirected attempt to save the world award – Bob Geldof
.
Bob Geldof and Bono wanted world governments to give loads of money to Africa and to wipe off debt that corrupt governments have taken out in the name of their citizens. The held Live 8 – it called for an end to poverty, it did little to further that goal.
.
What the developing countries need are three things:
.
- Open world markets: This means free trade, it means no bans, quotas or tariffs on their goods entering other countries. It also means no subsidies against their competition. This means that producers can sell their goods and services to willing buyers, and they will all be better off. It is very simple, most developing countries protect their own markets and the very worst of the developed countries do the same, particularly the EU and Japan. Bob Geldof didn’t call for free trade – had he done so he might have helped destroy the arguments of the so called “fair trade” advocates, protectionists in drag – and he would have needed to confront the European Union.
.
- Stable, uncorrupt, independent governments to enforce personal and property rights, and contracts: The basic infrastructure of rule of law, so that people can keep what they own, enforce contracts and not have to spend most of their energy protecting themselves from looters (private or government) is what lacks in so much of Africa. This wont come from state aid, but it needs encouragement. Wiping debt in exchange for good government may be one way forward, as it will pay off enormous dividends when countries have growing economies (and markets for our own goods). The wiping of debt which has been promised is to be linked to good governance, but not tightly enough – too many Africans live under kleptocracies.
.
- A culture that respects success and diversity, and values reason over superstition and faith: This means not wanting to loot from the successful man, and not wanting to suppress dissenting views, new ideas and differences in approach. It means allowing people to be free to grow, to learn and to take risks. It means respecting the use of the mind over the environment, and rejecting the totems of blind religious worship, fear and rumour. It means taking the enormous energy and willingness to learn and work hard that is apparent in most African schoolchildren – and having a society that values that and respects them.

Geldof doesn't really understand much of this - the left supported him, along with some very very wealthy stars (who are obsessed with something they have so little of - poverty!) - he raised some money and awareness, but besides assuaging his guilty conscience, did little else. Next time, he should read some books about economics.

Most ignored dictator of the year - Saparmurat Niyazov "Turkmenbashi"

President of Turkmenistan, building a Stalinist state, arresting journalists who sway at all from the sycophantic line towards his regime. No one is allowed to mention how short Turkmenbashi is (around 5 feet) and that he wears a toupee. All religious groups are closely monitored, there are internal passports to manage movement of people, women under 35 are allegedly not allowed exit visa unless they have given birth to at least 2 children. Exit visas are difficult to get regardless without one undertaking official state business. All public gatherings, including weddings, in the capital must be registered in advance. Non governmental organizations must be registered or its members face criminal prosecution. Read more about Turkmenistan's appalling human rights record here.

What is being done about it? Well, bugger all actually - he is surrounded by states that are slightly lesser bullies, he declares his country neutral so we all sit back and watch him putting up big statues of himself in the capital Ashgabat. As long as he gets some oil and gas revenue he'll probably be happy that he is not starving his people like Kim Jong Il is, and he probably wont cause any trouble for other countries - but he is a sign that dictatorship is NOT gone, and can rise again. Turkmenistan is probably the only former Soviet republic WORSE off since the fall of the Soviet Union.
Posted by Libertyscott at 12:53 am