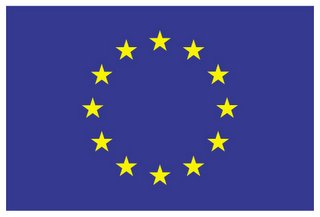 Britain conceded to French demands to cut its rebate negotiated by Margaret Thatcher in the early 1980s, on a pledge by the worm (see below) to revisit agricultural subsidies in 2008-09.

Attempts by Britain to open up the vile Common Agricultural Policy (CAP) and to cut administration spending were stymied by a coalition of the bludgers from the CAP (France, Spain, Italy, Austria, Ireland), the bludgers of administration (Belgium, Luxembourg) and the linking of budget cut proposals by them to the new central european members (Poland, Hungary, Czech republic, Slovakia, Slovenia, Lithuania, Latvia and Estonia).

£198 billion per annum in agricultural subsidies - yes BILLION - is spent by the European Union every year.

France said no change till 2013 - because of an agreement 3 years ago to not change the CAP till after that date. Britain agreed to cut its rebate, the part applying to contributions that are spent in new member states, costing British taxpayers over £1 billion a year, and they get back absolutely nothing. Tony Blair has dropped the ball here - Chirac is thrilled, and it is embarrassing for Britain.

A proposal by Britain to cut spending by £2 billion per annum was laughed off, the new central european members saw that as less aid to them, and the old parasites wouldn't stand for it. The budget will grow to 1.045% of European GDP, less than the 1.24% asked by the bureaurats, but more than what Britain sought (1.03%).

The European Union is good for two reasons, but bad for many more. It is good because it has removed borders to free trade, in goods, services and movement of people between its member states. It is good because it has required liberalisation of domestic markets - so trade WITHIN member states is liberalised. However, it has also seen a growth in harmonised bureaucracy, and subsidies, and a fortress mentality to the rest of the world. For example, Moldova has as one of its fears Romania joining the EU, because it may shut out one of its most important trading partners for vegetable exports - Moldovan farmers have little hope against the cossetted billion euro subsidised farmers of the EU.
The EU needs pairing back, to the bone, to simply be a movement for maintained liberalisation among members -and to enforce a common rule of law among newer members in particular - thankfully the EU does not set tax or welfare policies in member states, yet. However there is little hope the EU will stop growing - even though most of the older EU members have!
Posted by Libertyscott at 6:17 am