Leona Lewis.... superstar to be 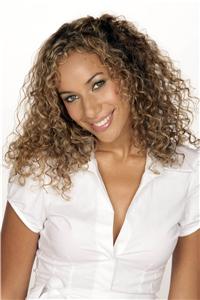 Following Whitney Houston, Mariah Carey and Christina Aguilera, Leona Lewis (pictured) could be the next big thing in pop. She certainly has the talent.
^
She won the UK’s X Factor show on Saturday night, and while I, like many, criticise such shows for not generally finding anyone interesting or extraordinarily talented, this time it has outclassed itself.
^
X Factor, like the Idol shows, tends to be a largely annoying show. There is the nauseatingly repetitive theme music, the focus on thousands of utterly talentless freaks, who get trotted out throughout the series to poke fun at their incompetence and weirdness (more disturbingly they are willing to be a part of this, possibly because they may be paid for the privilege of national humiliation), while a range of moderately talented people are sifted through by judges and popular vote.
^
It is an extraordinarily successful format (it had to be, ITV is hardly doing that well). Successful because people like talent shows, it is interactive (people vote every week by phone or text message for whoever they like the most), it has three very different judges in the form of the knowledgeable but annoying Louis Walsh, the far too nice Sharon Osborne and the refreshingly frank Simon Cowell. The general rule of thumb is that Simon will be critical if possible, Sharon complimentary if possible and Louis will go either way (well not in that sense, as he is certainly gay). However, the great success is seen in the audience numbers and the revenue from interactivity. 35p per text message with between 2 and 8 million votes a week is worth a small fortune, and shows how interactive TV works.
^
This year I confess I have watched a lot of episodes, and the final was a contest between an entertaining short young Liverpudlian lad called Ray, who is an accomplished swing singer and all round nice guy. While he certainly had the cute boyish factor (and the northern vote), he was well and truly outclassed by Leona Lewis. Throughout this series, her performances have not been rivalled. She has been too good for a talent contest.
^
However, she has been the underdog. Besides clearly winning over the judges, the popular vote has been an issue. Although she was the only contestant to never ever get in the bottom two, it was clearly a concern because of her sex. You see the main voters in these shows are teenage girls, who typically vote for some slightly rough around the edges boy in his 20s who they would spread their legs for. They tend not to vote for women, especially pretty ones. However, once Ben (30 something semi-finalist with Rod Stewart like voice) had lost the semi-final, Ray was too much of a boy to attract the teen girl lust vote (though no doubt got his share), and Leona attracted people by her talent. Good for her.
^
Leona Lewis comes from Hackney, a less than well off part of the east end of London. Her vocal range is remarkable, she holds notes perfectly. While shy demure and almost embarrassingly modest, she sings with great passion and commitment, and sang “I will always love you” BETTER than Whitney IMHO (and it is a song that I largely loathe because it was thrashed on the radio when it was a hit). Check out her performance of Over the Rainbow on her MySpace site!
^
The £1 million record deal she now has, with her single released on Wednesday is the beginning, but she also apparently has a deal with Clive Davis, founder of Arista Records, responsible for Whitney Houston, Patti Smith, Alicia Keys and many others.
^
She is the first female winner, and her mixed race background has not been unnoticed either. Her incredible voice is complemented by being sweet, thoughtful, hard working and good looking. She simply needs to believe more in how brilliantly talented she is. She is 21, she'll learn.
^
You will hear of her outside the UK soon I don't doubt. I hope that the album produced for her has songs worthy of her talent. Pop music is incessantly formulaic, passionless and banal, Leona deserves better than that.
Posted by Libertyscott at 12:04 am

OMG!!! I love Leona Lewis. She is truly what america needs

Leona Lewis is the best singer I've heard in my life time. She has the most beautifulest voice ever :-} i love you Leona and thank you for being such a great singer and a beautiful star. Thank You!