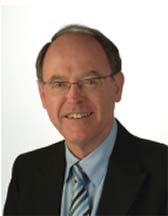 I think it's wonderful that Brash has resigned.

Now we have a National Leader that is starting to sound like a greenie...