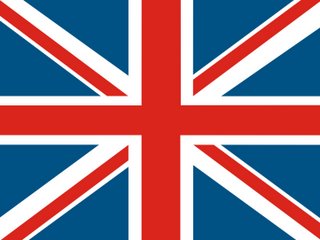 Given I fly out in exactly 24 hours (hopefully since Heathrow is covered in fog and the number of flights permitted to land/takeoff has been halved - the 90 second safety factor gets doubled!), I thought I'd end my UK based blogging for the year with a positive note about this country I now call home. There is a lot to be negative about, so I figured I should spontaneously think of 10 good things and found 11:
*
1. Comedians. The UK has some of the best comedians in the world. The highlights this year have been Russell Brand (probably considered the sexiest man on UK television), Dara O'Briain, Charlotte Church, Phil Jupitus are all people who have stood out as being extraordinarily funny. Paul Merton and Ian Hislop deserve a mention for Have I Got News for You, as does Simon Amstell on Never Mind the Buzzcocks. I'll even mention the million pound man, Jonathan Ross. Without these people UK TV would largely be pretty dire. Even Jeremy Paxman, who is by and large a serious journalist on Newsnight has a brilliant wit.
*
2. Stage and theatre. London is almost unrivalled in talent and variety. It makes this city alive and after a while you take it for granted.
*
3. Newspapers. You simply can't read the NZ Herald or the Dominion Post ever again for anything other than local interest stories and the very occasional columnist after devouring the Telegraph or the Times, or even the leftie Guardian. This is journalism at its best. Comparing these newspapers to NZ papers is like comparing 1st year undergraduates to their lecturers. The tabloids are just funny, especially the Sun and the News of the World.
*
4. Friendliness of northerners and the Scots. Now it might be an exagerration to say they are either really friendly or ready to mug you, but almost all of the people in "the north" that I have met have been friendly and helpful. There is another side, but I'm going to be positive and many of you don't know what "Chav" means.
*
5. Variety. It's not the best place to shop in Europe, but you can buy almost anything. Big population means specialisation. It may take some looking but you can find most things here. Of course I mean in London, this doesn't apply much the further you get out of town. Variety also means concerts, it means people (40% of people in London are not from London).
*
6. Pride in appearance. So many people dress so much better here than in New Zealand (I don't mean Chavs). Classy, sophisticated, imaginative and individual. Women are wearing short skirts in 2 degrees weather. In other words, many people try harder here to look their best. Going to the corner shop on a Sunday does not mean dressing like a slob - well where I live anyway.
*
7. Gordon Ramsay. This man is a culinary and business god. His original restaurant may outclass all of his others by a mile, but he is THE inspirational chef. He is passionate, hard working, intelligent, loves the food and the appearance and tolerates NO fools. If only a tenth of people in Britain were like him...
*
8. "Take the piss" game shows on TV. I have mentioned Have I Got News for You, Never Mind the Buzzcocks, but there is also QI. Forget nonsense like Deal or No Deal, these shows are funny, irreverent, witty and very clever. The Americans find it hard to make fun of themselves for fear of offending each other, NZers can only do it between close friends, but the Brits are brilliant at playing games which don't really matter in order to crack jokes.
*
9. Properly heated and insulated homes. How do New Zealanders survive, especially down south, without central heating? In Britain nobody needs dehumidifiers, everyone has central heating and you wonder why NZ's asthma rate is so high?
*
10. Transport hub for the world. Heathrow and Gatwick (and Eurostar). The greatest hubs in the world, makes it cheap and easy to go virtually anywhere. Eurostar means Paris is not far over 2 hours away by the end of next year and Brussels already is. If it gets a bit much, it is easy to leave.
*
11. Irreverence for the royal family. Where else can you joke about the Queen's husband being a murderer, where else can you talk about the sovereign's grandchild as Harry the Nazi, where else can it be the norm to take the piss out of the next in line for the throne? In many countries you'd be executed, in Britain they are an object of affection and fun. Brits can laugh at themselves, and that is perhaps the greatest thing of all.
*
Merry Christmas Brits, have fun and take care, and try not to fight.
Posted by Libertyscott at 10:06 am

Been living there for a few years and I whole heartedly agree on how bloody wonderful, "Never Mind The Buzzcocks" and "Have I Got News For You", are!

If you want to borrow a video, I have a Hatrick (BBC) produced collection of some the more classical moments of a few years past.