Judith cuts a ribbon and that's it 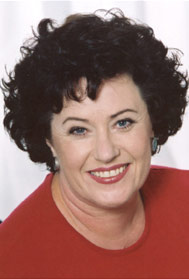 I see the major upgrade to Spaghetti Junction in Auckland (known as Central Motorway Junction) is complete. The upgrade sees a range of improvements, from additional lanes, to FINALLY links between the North-Western and Northern Motorways and from the Northern Motorway up Grafton Gully to connect with the upgraded section of Grafton Gully. This will remove much traffic from Auckland streets and reduce congestion for traffic passing through the city. It cost about $200 million, but I understand the benefit/cost analysis says it will return travel time and fuel saving benefits of over 3 times that in the next 20 years.
^
Judith Tizard is opening the improvements, but that's the extent of her involvement besides making noise and cheering on something that would happen anyway was nil. It is a good project, and although Transit needed some coaxing along (because it is naturally nervous about big urban projects and to be fair, Labour did ask why this was taking so long after it got elected), full credit goes to the engineers of both Transit and its contractors for designing this complicated project, probably the most important single upgrade of Auckland's motorway network in the last ten years. Credit also for the then Transfund New Zealand (now Land Transport NZ) for funding this worthy project from your petrol taxes/road user charges. Spaghetti Junction was always half built, on the cheap by the Ministry of Works, which cut corners when it had to, and left Auckland with a bottleneck near the centre.
^
Every day around 210,000 trips are made on this part of the motorway network, it takes two weeks for the same number of trips to be taken on all Auckland passenger trains between all stations on all lines.
^
Meanwhile, Wellingtonians can celebrate the Mackays Crossing overbridge between Paekakariki and Paraparaumu finally opening today. That bottleneck has been a pain for some years, the only railway crossing on State Highway 1 between Wellington and Hamilton I think! Some Labour MPs will cut a ribbon, but again it was a very good project that was already a priority for Transit and Transfund, so this will no longer be a bottleneck going north, and will be less of one going south (2 lanes merging into 1 will still be a problem). This will relieve congestion for 24,000 vehicles a day, again more than uses the entire Auckland rail network in a day. The inner city bypass open day this weekend will be a few weeks before the first stage of that project is opened. Another worthwhile project of moderate cost, but high benefit.
^
This follows a big upgrade of State Highway 1 north of Taihape, at the worst section of the highway south of the Desert Road - Hihitahi Bluffs, a right dogleg windy section, now bypassed. This opened last weekend.
^
So be grateful that your petrol tax does, sometimes, get spent on some decent bits of infrastructure, eventually.
Posted by Libertyscott at 1:32 pm

Yep, it's good to see the government spending money on public works. Not only does it do wonders for traffic, but it employs a lot of people, from engineers to roadworkers, and the money percolates around the economy making everyone better off.

However they must do something about the train services- I have seen the trains used on the hutt line. If they were cars they wouldn't pass a WoF! Local/Central govt has a responsibility to at least keep the network in a usable state, even if it means buying new trains every 50 years... Given 11% passenger growth, and likely further growth from modern trains, it may almost become self-funding.

Let's hope money gets diverted from wooly woofter sustainability consultants to something that could actually cut emissions (i.e. electric trains)