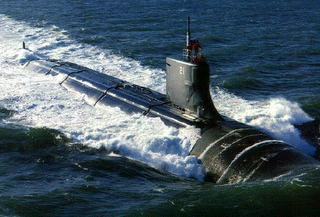 My mistake, I didn't notice who said it, it was hard to tell.
^
Stuff reports “National Party leader John Key says there will be no nuclear powered ships entering New Zealand's harbours as long as he leads the party and he accepts the ANZUS treaty is dead.”
^
Well of course Bolger started this, when he didn’t need to. Now John Key is clearly trying to cozy up to the Greens.
^
Come on John, give me one evidence based reason why nuclear powered ships should not enter New Zealand harbours? I can’t wait. You’d rather surrender to the scaremongering cabal of unscientific leftwing nuclearphobes, the same ones who will go to France, Japan and other countries and consume nuclear power without a second thought. The same ones that hardly uttered a criticism of non-Western nuclear powers, while constantly blaming the USA, UK and France for nuclear weapons – because, you see, they were morally equivalent to the USSR and communist China.
^
ANZUS? Well yes it is dead, he says he is just acknowledging it. Well that isn't necessary John, unless you clearly don’t want to align yourself with the war on terror. No, far easier to take the cowards’ approach. Be “independent”, don’t look like you are aligned to the US, because so many in the media, universities and the like are anti-USA, anti-capitalist, whilst saying nothing about the likes of Matt Robson going to Cuba to felch lyrically about how great that one-party authoritarian state is. When you catch the tube several times a week John, you understand what the war on terror means - it means every day I am a potential target, along with a million others, including thousands of New Zealanders. However, far easier to surrender the argument and pander to the "it's the American's fault Islamists murder innocent civilians" view.
^
So there we have it – John Key, surrenders to unscientific nuclearphobes and
ambivalent on the war on terror. He want to be more bi-partisan on foreign policy. Why stop there? Why not economic policy, education policy, Maori policy? Indeed enough of confrontation and division - "let's think about not what divides us, but unites us" (as David Lange once said). By the way John, how many votes do you think this issue cost National? Seriously?
^
I’ll wait to see whether David Cameron or John Key is worse… the jury is still out, Cameron is well ahead, but Key is having a sprint. Think I'm wrong? Well don't take it from me, no other than Jordan Carter sees the replacement of Brash with Key as a victory for the left philosophically and politically. He calls it "a strategic victory for Labour and for social democratic politics".
^
Sadly, I believe he is right. However, when National moves into Labour's ground it traditionally wins - witness 1949, 1960 and 1975. 1990 it won partly due to disenchantment with Labour, but it also attracted back most of the pro-market vote Labour won from the New Zealand Party in 1987. However, whatever party implements centre-left policies shouldn't matter to Jordan. His philosophy is where National is heading, and he shouldn't care if his tribe wins or not, as long as the status quo - that Labour supports - is largely unchanged.
Posted by Libertyscott at 1:42 am

As I said on my blog, National is the New Labour or Labout Lite, whichever you want to use.

Nuclear powered ships shouldn't come to NZ for no other reason than WE DON'T WANT THEM HERE. End of story, justification is not needed.

An analogy might be me asking my neighbour to justify his purchase of a 2 tonne SUV to drive to work in.

This is what we call freedom gentlemen.

Who is "we" Steve? You don't own the NZ territorial waters - but feel free to argue for their privatisation - then when you a segment then I don't care if you ban them.

No that is not an analogy. You can ask your neighbour, but he can tell you to fuck off and mind your own business. Freedom is you both holding your views, but exercising control only over what is yours.

I guess if no justification is needed, the government can say it is compulsory for everyone to carry a teapot - because some "we" want it to happen.

'An analogy might be me asking my neighbour to justify his purchase of a 2 tonne SUV to drive to work in. '

Steve,What about your neighbour asking you to justify your rather scary anti-freedom and authoritiarian stance?

Or just telling you to fuck off cos it's his money and his life?