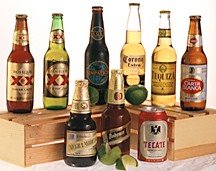 If ever you saw the craven populist driven unprincipled nannying of politicians in action it would be the bill on raising the drinking age.
*
Only ACT and the Greens are consistently opposing this ridiculous kneejerk reaction – the sort of bill dreamt up by talkback listeners, but actually dreamt up by a failed MP – Castro loving Matt Robson, who lost his seat with the drop in votes for the so-called “Progressive” Party in 2005. The Progressive Party is about as Progressive as the dark ages – the dying remnants of conservative protestant socialism that redistributes to the poor and tells them not to be naughty – the Salvation Army must love the Progressive Party.
*
Wowserism, on a grand scale. The petty narrow minded joyless protestant view of life seen through the eyes of politicians, all thinking they know what is best for young adults. These are the people who react simply to their electorate’s concerns about the minority of young people abusing alcohol by “passing a law”. You can almost hear their knuckles dragging as they vote for it.
*
The Drug Foundation and ALAC, both state funded organisations, are naturally supporting this – since their whole raison d’etre is to support any reduction in supply of alcohol. The message they all want to promote is “alcohol is bad” and wow, that message works when the people voting for it have access to a subsidised bar within the building in which they work.
*
The hypocrisy is incredible. You see socialist Nanny Statists, who don’t like people making money from alcohol (Martin Gallagher) and conservative Christian naysayers who don’t like people having too much fun (Gordon Copeland), deciding it is moral to arrest 18 year olds for attempting to purchase a drink they can consume at will.
*
The same Parliament that wants to prohibit irresponsibility, subsidises it on a grand scale every year through welfare.
*
Not PC and the Greens largely agree with me on this, as does SpanBlather, David Farrar and Tumeke. No Right Turn suggests you lobby a series of MPs, particularly National ones, which I fully endorse (but as he said don't waste your time with Anderton and Nick Smith isn't worth .... (he riles me up too much sanctimonious little prick)). One of those times when the liberal left and libertarians take a similar view on personal freedom.
*
Worth noting that the UK easily has a similar "drinking problem" to NZ, but deals with the main issue (obnoxiousness) through Anti Social Behaviour Orders (which are a watered down form of criminal sanction). I think the answer is simply ensuring some police presence in major drinking areas on Friday and Saturday nights so that it deters violent behaviour and there can be intervention when such things happen. The other answer is for parents to take responsibility for those that ARE kids - but well, Labour hardly encourages that with its middle class welfare for families.
Posted by Libertyscott at 2:28 am