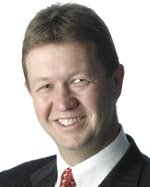 *
Is man one of God's blunders? Or is God one of man's blunders? (so said Nietzsche) well I don’t really care, since I’m an atheist. So why does Labour care? Well according to Stuff David Cun*liffe seems to think Labour can reclaim a moral dimension that Christianity contains that he thinks belongs on the left.
*
Well, I don’t think much of Christian morality – it is a religion largely dedicated to the worshipping of self sacrifice and the glorification of the god promoted stringing up of his son like a carcass, for everyone else.
*
Nevertheless, given what a prick Cun*liffe is, the more he dedicates himself to self-sacrifice the happier I’ll be.
...
and Labour searching for morality. Good luck, I've lost what respect I had for a party that HAS done good.
Posted by Libertyscott at 10:18 am