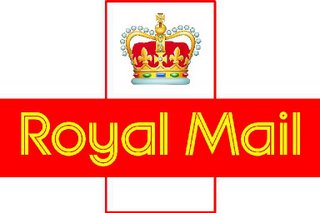 The Tories and the Daily Telegraph have tiresomely embarked on a campaign opposing large scale rural post office closures. Of the 6000 rural post offices, apparently 800 have less than 16 customers a week with per transaction subsidies of £16 each! It costs £150 million a year to subsidise them. For the Tories and the Daily Telegraph, bastions of the free market, to argue for special subsidies to prop up these inefficient enterprises is a nonsense. By contrast, Simon Jenkins in the Sunday Times says "stop wailing for the post office".
*
The answer is simple. The Royal Mail only just lost its statutory monopoly at the beginning of this year (NZ Post lost its monopoly in 1998), it should be privatised and the closed post offices sold to whoever wants to provide a service or use the building for something else more valuable. Postal services are not special, they can be offered by private stores which sell stamps and other means of paying bills are available to people - such as direct credit, cheques, internet payments and don't tell me the elderly will find it hard. After all, New Zealand survived with one-third of post offices closing in 1988. It survived and flourished, as society shifted from state run post offices being the front of the state - to a range of different outlets for postal services, banking, bill payment, motor vehicle licensing and the like.
*
So I say to the whingers and moaners in rural UK - you have a denser postal network than NZ - you get your agricultural sector subsidised heavily by the EU - stop asking for others to be forced to pay for services you use. Calls for post offices being the hub of the local community are bollocks. In the UK, pubs, shops and churches have been, and none of them are subsidised. Why should YOUR community be subsidised?
*
So sell off the Royal Mail - reduce UK government debt and by the way, it would be nice if National committed itself to selling off NZ Post too.
Posted by Libertyscott at 10:05 am

I'm sure National would, if for no other reason but to punish Bolger...

Thank you for pointing me in the directing of that article. It gave me a lot to think about, and I also appreciate seeing a balanced, yet opposed, view of the rural postal network.

Are you from the silly hat network ?