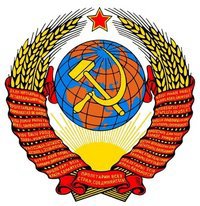 Yes, today is the day President Ronald Reagan called a spade a spade, and said in 1983:
.
“Let us be aware that while they preach the supremacy of the state, declare its omnipotence over individual man, predict its eventual domination of all peoples of the Earth, they are the focus of evil in the modern world.”
.
He was right, of course, Reagan also put the boot into moral relativists in saying:
.
“I urge you to beware the temptation of pride - the temptation of blithely declaring yourselves above it all and label both sides equally at fault, to ignore the facts of history and the aggressive impulses of an evil empire, to simply call the arms race a giant misunderstanding and thereby remove yourself from the struggle between right and wrong and good and evil.”
.
Why was he right? Unfortunately too many nowadays need reminding of a system that prohibited you from leaving the country, that prohibited any publications not approved by the state, prohibited meetings not approved by the state, suppressed information that could be seen as critical of the system (e.g. the Chernobyl accident) and aided and abetted satellite regimes that were equally as brutal in suppressing dissent. The Soviet Union was an empire bent on dishonesty, bent on denial and built on the ever present violence of state totalitarianism. A cold brutal corrupt bureaucracy acting on whim, acting on command to push people about, deport, arrest, execute and bully. It lost because it could not compete materially or ethically – and it was only two years before Mikhail Gorbachev opened up the USSR, and reformed it to its ultimate disintegration.
.
and why is it relevant? Well check out Not PC's post. Why don't you spend $1 million of YOUR money, seeking permission to build with your own property and your own money, a marina - go through the legal system, take FOURTEEN BLOODY YEARS to get permission from the courts - and a tinpot little wanker called Chris Carter - who never EARNT $1 million from productive activity in his life - says "fuck off, you've pissed all your time and money down a hole". The people of Te Atatu elected a little despot.
.
The founders of the Soviet Union hated initiative, entrepreneurship and money. To quote Ayn Rand:
.
"Money is the barometer of a society's virtue. When you see that trading is done, not by consent, but by compulsion—when you see that in order to produce, you need to obtain permission from men who produce nothing—when you see that money is flowing to those who deal, not in goods, but in favors—when you see that men get richer by graft and by pull than by work, and your laws don't protect you against them, but protect them against you—when you see corruption being rewarded and honesty becoming a self-sacrifice—you may know that your society is doomed. Money is so noble a medium that is does not compete with guns and it does not make terms with brutality."
.
Chris Carter produces nothing - even if you accept the nonsense of spending a decade and a half and $1 million to just get permission - he vetoed a court decision, and our own Union of Soviet Socialist Fascists are cheering him on. I sincerely hope the Whangamata Marina Society gets a judicial review of this decision. I hope the society wins and wipes their arses on the faces of the smug little power-lusting vermin who would make Brezhnev proud!
Posted by Libertyscott at 6:45 am