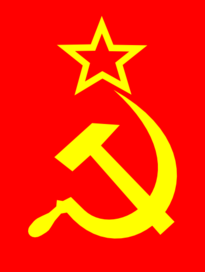 .
Associated Press is reporting that an Italian parliamentary commission has concluded that the USSR was behind the 1981 attempt to assassinate Pope John Paul II given his role in supporting the Solidarity movement in Poland - which, naturally, was seen as a challenge to communist rule and Soviet hegemony over eastern Europe. The report details the draft report from the commission into the involvement of the KGB in Italy during the Cold War.
.
Has Keith Locke apologised to the people of eastern Europe for supporting the Soviet Union in the 70s and 80s?
Posted by Libertyscott at 4:35 am

Do you expect him to?. Part of being a leftist is never ever admitting that you are wrong

Of course not, I'm sure deep inside, like George Galloway, he misses the Soviet Union because it kept the US "in line".