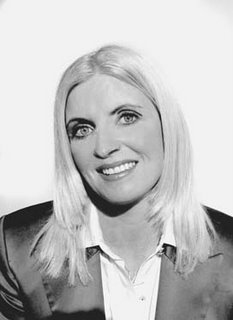 .
Annette Presley likes the limelight, a bit like Sir Richard Branson. However, unlike Branson she doesn't always produce products or services with her own property, she also likes using the property of others - sometimes for nothing.
.
You see her protest for her ISP, Slingshot, besides being a clever marketing stunt, is part of her one woman campaign to appear to be on behalf of the consumer - when she is as interested in making a profit as Telecom is. "What's wrong with that" I hear you say, well she has a record of wanting to use Telecom's network to compete with it, and complaining to the government about when Telecom wont give her what she wants on her terms.
.
The page on Slingshot's website "The Battle to Unbundlle" (sic!) has a lot of links about her complaining about the regulatory environment. She calls for a "level playing field" which, of course, largely exists - just she isn't prepared to put her own money into a local access network (far better to make your competitor do it, at prices that are forced upon it). To her credit she has been at the forefront of a company cutting call charges, despite how "unfair" the system is. Unlike Telstra Clear, Slingshot does compete.
.
However, Annette is no friend of the free market, check out this comment from her letter to the Minister of Communications, David Cun liffe:
.
"Telecom does represent 20% of the New Zealand share market and as Telecom is 75% overseas owned these profits go offshore. 􀂃 Since the government sale of Telecom, more than $8 billion has been remitted overseas to their foreign share holders, and they still have an unrealized capital gain of more than $5 billion. 􀂃 One would question why is the government propping up a foreign owned monopoly and supporting its control of the NZ market."
.
Of course, unlike Telstra Clear which is 99% non-NZ owned. More importantly, who cares if the owners of a company have gained dividends on their investment? Annette doesn't live the lifestyle of the poor. Telecom is also NOT a monopoly (after all Slingshot competes with it in the national call, international call and ISP markets), it is not propped up by government (its customers pay for it) and the extent of its control of the NZ market is due to others not setting up in competition, and it having customers that continue to use it. (Besides that, the letter is plagued with grammatical errors!).
.
Annette is pleading socialism - a private company can't pay dividends to its shareholders and can't operate in a free and open market, because SHE wants to be propped up by the government granting HER property rights over another company.
.
Remember a few years ago she bleated on about her free ISP - i4free - which has disappeared since Telecom renegotiated the interconnection agreement that was funding the company. i4free boasted about giving free dialup internet access - of course it wasn't really free, Telecom was paying for it. You see i4free would get a Clear local line, and Clear would get paid, per minute, the interconnection fee Telecom would have to paid for calls from a Telecom local line to a Clear line. Now those interconnection rates were meant to cover voice calls, but the internet meant that many people would spend hours online and so Telecom was paying well over the cost for Clear to terminate the calls - so Clear would use the money to share with i4free, to basically pay for the free internet access. Telecom couldn't charge this to the user because of the KiwiShare, so there was a dispute as Telecom introduced the 0870 numbering scheme to bypass the interconnection agreement.
.
Annette screamed on and on about how unfair it was that Telecom was changing its numbers for ISPs and it was jeoparding free Internet when, in fact, TELECOM was paying for her company to operate - almost all i4free revenue would have come from interconnection fees, because, despite her bleatings, i4free free internet disappeared once the interconnection agreement had been renegotiated. She claimed:
.
"i4free will earn its keep from what she describes as a "next-generation" consumer marketing and shopping network model that has been successful overseas. Advertising will play a small part."
.
Yeah right!
.
Annette Presley runs a good ISP with a national/international call service that is competitive - she built up a business based on reselling the services of other operators, which is fine if she negotiated such resale agreements on a voluntary basis - but she needs to learn that it is immoral in business to force people to do business with you, to use the government to grant you property rights in the business of others. She should get on with doing business, with those who choose to do business with her, and tell the government to leave it alone - unfortunately, she has a record of doing the exact opposite. Being an entrepreneur means producing or selling something you made or bought freely on the market - not selling something someone was forced to sell you.
Posted by Libertyscott at 5:26 am