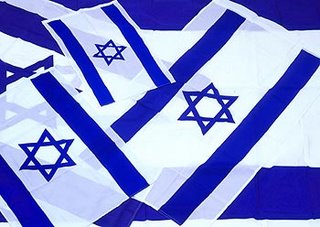 Why Palestinians Usually Get It Wrong said...

YOu write: "A Palestinian state will only emerge when it can not be a haven for those bent on terrorism in Israel."

This is not really true. Israel may very well have a terrorist, thrid world country next door to it run by Hamas. And that might actually be preferable to the legacy of Arafat and pretending to be seeking peace. We shall see.