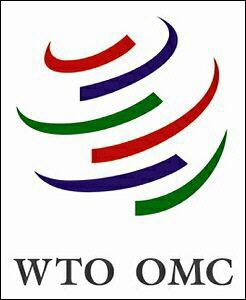 Lindsay Mitchell and PC have both blogged on this and I agree with them. The government shouldn't be threatening the radio industry with quotas if it doesn't play enough local music. Like Oswald Bastable said in his comment, "it makes as much sense as saying we must have a percentage of NZ books in our homes". The local music industry has long wanted to force itself on listeners and radio stations - ignoring that there are few other countries where it is easier to set up a radio station and do it yourself.
.
One fact that the government tends to quietly not mention is the official advice it got back in 2001 that it could not legally impose local content quotas on radio or television, without significantly renegotiating two trade treaties it has signed.
.
Firstly, CER. You see for several years, the NZ film and television production industry argued in court in Australia that the Australian local content quota for commercial television (55%) should treat NZ programmes on a non-discriminatory basis. It won, and so New Zealand programmes have national treatment in the Australian market. Of course this is quid pro quo, and any New Zealand content quota for radio would have to treat Australian music as if it were New Zealand. There is no getting around this, unless CER is renegotiated, and I doubt the Howard government would want to give up one form of trade access, unless New Zealand could offer another – and there is precious little left to offer. It would also be incredibly bad form for New Zealand to withdraw access after arguing for it in Australia only recently. The CER Trade in Service Protocol is here.
.
So a New Zealand quota would, at least, have to be an Australasian one.
.
Secondly, New Zealand’s WTO General Agreement on Trade in Services (GATS) commitments include a multilateral commitment for open entry into the audiovisual services market. This includes for TV programmes and music. In short, it grants national treatment for overseas produced content. Now the Clark administration has been trying to negotiate a “cultural carveout” to trade away this commitment, along with Australia and Canada (two other culture nationalists), but it means New Zealand would have to liberalise something else in return.
.
Generally, you can’t pull back a liberalisation commitment at the WTO without offering one of equal or better value in return. So, not only would a local content quota have to be Australasian, but it would have to be open to ALL OTHER WTO member states on a non-discriminatory basis. So that includes the EU, USA and well, everyone but Cuba, North Korea, Russia, Syria and half of Africa and the Arab world.
.
The threat to impose a compulsory quota was effectively a threat for private radio stations to get a foreign government to argue in a WTO panel dispute on its behalf. That isn't easy, but not impossible. It is also very bad form to pass laws that are against your treaty obligations.
.
and why do these obligations exist? You can thank the National government of 1990-1999 for signing up New Zealand to the WTO commitments at the Uruguay Round, and separately the CER Services Protocol because of the Lange/Palmer Labour government, of which Helen Clark was a part. Wonderful stuff!
Posted by Libertyscott at 11:00 pm