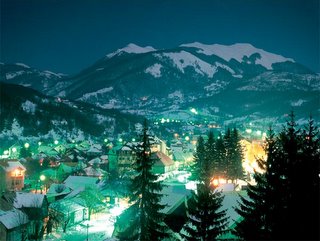 .
The Parliament of the republic of Montenegro has agreed to the conducting of a referendum on whether or not to secede from Serbia-Montenegro. If the referendum carries a yes vote, this will be the final part of Yugoslavia breaking away. Since Slovenia and Croatia declared independence in 1991, Bosnia-Hercegovina in 1992 and subsequently Macedonia (no Greeks flaming me about the name, I KNOW your issue), at last Montenegro (literally black mountain) may unshackle itself from Belgrade (Kosovo has status yet to be finalised).
.
This wont please the large Serb minority, or Serbia itself which loses access to the Adriatic – but given that both Serbia and Montenegro are more interested in joining the EU, it hopefully wont fuel tensions among angry nationalists. The last opinion poll showed 43% in favour of independence, with 31% against, the remainder undecided.
.
Europe has had a plethora of breakaway states in the last 15 years, plus one unification (Germany). Since 1991 the following countries have established recognised independent governments:
.
Latvia (now EU)
Lithuania (now EU)
Estonia (now EU)
Belarus (Stalinist outpost)
Ukraine
Moldova
Slovakia / Czech Republic (both EU)
Slovenia (now EU)
Croatia
Macedonia (formerly, “former Yugoslav republic of”)
Bosnia-Hercegovina
.
And that doesn’t include Russia, assuming it succeeded the USSR. The greater Serbia that Slobodan Milosevic murdered for is slipping away, if Montenegro goes, Kosovo will be next!
Posted by Libertyscott at 4:26 am